Mechanisms and Outcomes of MMAsIII Induced Alterations in Histone Acetylation

This study will examine the molecular mechanisms of arsenic carcinogenesis to facilitate the development of novel strategies to prevent, diagnose or treat arsenic associated diseases, including cancer.

Abstract: The goal of this study is to determine the mechanism(s) and tumorigenic consequences of the alteration of acetylation in specific histone residues induced by MMAsIII in UROtsa cells.

Chronic arsenic exposure is known to be associated with increased morbidity and mortality from both cancerous and non-cancerous effects. The metabolism of inorganic arsenic to more toxic, trivalent methylated species, in particular monomethylarsonous acid (MMAsIII), is believed to play a key role in arsenic toxicity and carcinogenesis in humans. MMAsIII is capable of inducing malignant transformation in human cells, and population-based studies have shown that an increase in the percentage of urinary and blood arsenic present as MMAsIII, is linked to increased susceptibility to skin lesions and several types of cancer.

The mechanism through which MMAsIII induces cell transformation and carcinogenicity has not yet been elucidated but studies suggest the involvement of epigenetic mechanisms. Arsenic exposure results in changes in histone acetylation, a key feature of gene regulation, in humans and in cultured human cells. We recently demonstrated a global and lysine specific decrease in histone acetylation upon acute MMAIII exposure in human urothelial cells (UROtsa cells), the target for arsenic-induced carcinogenesis. Further studies showed that chronic low level of MMAIII exposure in UROtsa cells upregulates the expression and activity of histone deacetylases (HDACs), and leads to a cross-board decrease in histone acetylation levels both globally and lysine residues specifically, whereas pan-HDAC inhibitor, suberoylanilide hydroxamic acid (SAHA), reverses these effects caused by MMAIII and blocks MMAIII-induced cell malignant transformation.

Based on these preliminary observations, we hypothesize that prolonged exposure to an environmentally relevant level of MMAIII affects the activity and expression of histone acetyltransferases (HATs) and HDACs, resulting in a reduced histone acetylation and subsequent changes in the gene regulatory regions of genomic DNA and leading to aberrant expression of key growth controlling genes and a neoplastic transformation.

The long-term goals of our research are to elucidate the molecular mechanisms of arsenic carcinogenesis and facilitate the development of novel strategies to prevent, diagnose, or treat for the arsenic associated diseases including cancer.

To this end, we will utilize a MMAIII-induced UROtsa cell malignant transformation model to comprehensively investigate the mechanisms and tumorigenic outcomes of histone acetylation changes upon MMAIII exposure and/or pan-HDACs and HDAC selective inhibitors treatment, and to identify aberrant gene expression and the genomic regulatory regions that are inappropriately targeted by the altered histone acetylation (Aim 1 & 2). We will then verify if the histone acetylation signature and the resultant aberrant expression of key genes identified in malignantly transformed UROtsa cells are manifested in specimens from humans exposed to arsenic (Aim 3).

The experiments proposed are envisioned to elucidate the mechanism(s) and outcomes of MMAIII-induced acetylation changes in specific lysine residues in histone. The findings will provide insights into potential biomarkers of arsenic carcinogenicity and future diagnosis of disease risk from other exposures. 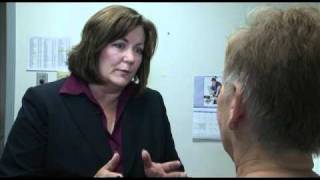