Despite the commonly held belief that marijuana suppresses aggression, many cross-sectional and longitudinal surveys find positive associations between marijuana use and intimate partner violence (IPV) across a variety of samples, after controlling for confounding variables.

Abstract: Despite the commonly held belief that marijuana suppresses aggression, many cross-sectional and longitudinal surveys find positive associations between marijuana use and intimate partner violence (IPV) across a variety of samples, after controlling for confounding variables. The absence of research on the proximal effects of marijuana use makes it difficult to elucidate the mechanism by which marijuana use may contribute to IPV. Marijuana is the most commonly used drug in the United States, with steady increases in rates of usage observed over the past few years. Thus, understanding the contribution of marijuana to the occurrence of IPV has important public health implications.

The proposed research will address this gap in knowledge by examining the acute, proximal effects of marijuana use episodes within couples and their consequences for relationship functioning and partner aggression. Daily process methodology will be used to examine the proximal effects of marijuana on individual and couple outcomes in a sample of 200 community marijuana-using couples, ages 18-30. Using a combination of event-triggered and daily reporting over 30 days, both partners will report:

The daily process component will be followed by prospective follow-up over the subsequent 12 months (assessments at 3, 6, 9, and 12 months) to consider how acute marijuana effects may impact trajectories of couple functioning, including psychological and physical aggression.

Data will permit testing of novel hypotheses regarding potential individual and contextual moderating variables. For example, negative proximal effects of marijuana may be more likely to occur for certain individuals, such as those with a history of aggression. The effects of marijuana on couple functioning may also vary according to the context in which use occurs. For example, discordant use of marijuana (one partner using, the other person not using) is hypothesized to have more negative effects on immediate and long term couple outcomes relative to concordant use (both partners using together).

The proposed research design is ideally suited to assessing not only the immediate, proximal effects of marijuana use, but also how the accumulation of those proximal effects over time can contribute to long-term couple outcomes, such as decline in relationship satisfaction and increases in psychological or physical IPV. Data will be analyzed using state-of-the-science multi-level modeling and growth curve modeling techniques. 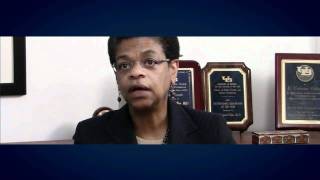 R. Lorraine Collins, PhD, discusses her research to determine if exercise serves as a positive alternative to regular marijuana use among young adults.